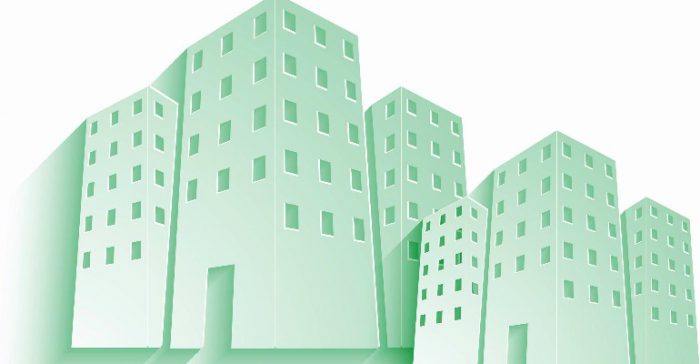 The United States General Services Administration (GSA) owns and leases 8,300+ buildings to the federal government, and last September the US Green Building Advisory Committee (GBAC) proposed that 50% of the GSA’s building area achieve net-zero energy building (NZEB) status by 2030. If implemented, this would be one of the most aggressive federal-level policies for advancing energy efficiency yet.

The proposal to the GSA Director recommends achieving this goal through planned renovations, retrofits, and new construction and leasing existing NZEBs (deeper down in the proposal Renewable Energy Certificates are mentioned, suggesting that they are fair play). In addition to reduced environmental damages, they cite lower maintenance costs, healthier and more productive buildings, resiliency to outage and natural disasters, and improved energy security as the impetus for taking on this goal.

First, it is commendable that such a lofty proposition be considered by the federal government. Paving the way for NZEB retrofitting on some of the nation’s largest and oldest buildings would work wonders for gearing up the building industry for NZEB construction all across the country. It would act as a market transformation strategy. The plan suggests establishing several “triggers” in a GSA building’s life that would lead it toward retrofitting to minimize the incremental cost of the proposal. These triggers include code updates, renovation plans, end of life on major equipment, and even local grid constraints and utility programs.

Before you get too excited, though, the proposal does relatively little to prove that this goal is achievable. They set feeble mid-term aims of 1% of total area by 2020, and 10% by 2025. This leaves plenty of space for the typical “widespread adoption” late in the fourth quarter, after most of the time and money have been exhausted.

It’s a familiar-looking curve, but it may not be complete bunk. For example, it requires a least one new-construction net-zero energy pilot project in each of the eleven GSA regions by 2017. And by 2020 all new construction shall achieve NZE, which aligns with existing executive orders on federal buildings. The steps are all there, but it does little to give confidence that the real miles between 2025 and 2030 are feasible. Caveats are also in place discussing utility regulations regarding net metering, which may offer a convenient loophole.

The most exciting part of this proposal to me is that this policy recommendation comes from the GBAC, a group made up of ten federal members from various departments, and thirteen non-federal members that represent architects, engineers, and other industry actors like the US Green Building Council (USGBC), Rocky Mountain Institute (RMI), and the Built Environment Coalition. Support for this proposal is broad, and whether or not this particular proposition is adopted, the idea that each of our buildings can provide its own energy no longer seems quite so farfetched.