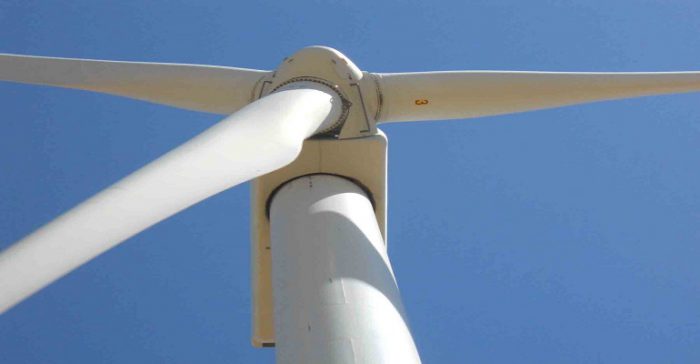 Southern California Edison has announced the opening of an 8 MW, 32 MWh (4 hour) lithium-ion battery system to demonstrate the capability of battery energy storage to support wind generation and improve grid resiliency. The system is located at the Tehachapi Wind Resource Area, which is one of the largest such areas in the world, and hosts nearly 4,500 MW in wind turbines. The $50 million dollar system received 50% of its funding from the Department of Energy‘s American Recovery and Reinvestment Act (ARRA) and utilized over 600,000 of the same LG Chem battery cells as are used in GM’s Chevrolet Volt.

Although larger battery systems exist, this is the largest battery system in North America designed specifically to test the ability of batteries to integrate renewable energy generation, such as wind, with the grid. Over the next few years the system will be tested for its ability and effectiveness to provide thirteen functions (see the sidebar here for more information) from three key perspectives to the grid, as shown in this table:

The project comes in response to Assembly Bill (AB) 2514, which requires that Pacific Gas and Electric Company, Southern California Edison, and San Diego Gas & Electric Company procure 1,323 MW worth of energy storage by 2020. This bill supports the state goal to have 50% of its energy supplied by renewables by 2030.

So while the system may currently be the largest of its kind, it will likely not be for long. Primus Power has announced that it will be deploying a 25 MW, 75 MWh zinc-bromine flow battery system to help integrate wind and solar generation in California’s Modesto Irrigation District. Primus Power’s system will be tested at PG&E facilities with support from Sandia National Laboratories and the Electric Power Research Institute, and displaces a planned $73 million natural gas-fired power plant of the same purpose.

These projects demonstrate that grid-scale battery energy storage is becoming a practical solution to managing the impacts of renewable generation on the grid. It will be exciting to see how the large-scale battery market evolves in response to California’s AB 2514 over the next few years.