Solar Is More Affordable than You Think 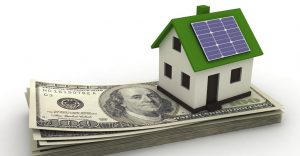 Report: Solar Is Cheaper Than the Grid in 42 of the 50 Largest US Cities Greeentech Media, January 14, 2015 Millions of people live in cities where going solar would cost them less than their current utility rates — and most of them don’t even know it. According to a new report by the North […]