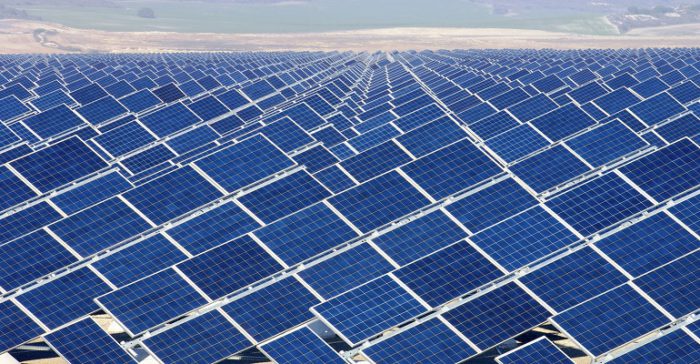 India is about to start construction on what will be the world’s largest solar plant. As part of a redoubled effort to ramp up renewable energy capacity to help meet the developing country’s fast-growing energy needs, the 750-megawatt solar plant in Madhya Pradesh will be inaugurated on August 15, 2016 — India’s Independence Day. The plant will be significantly larger than the world-leading solar farms in California, including the recently-commissioned Desert Sunlight Solar Farm.

India is planning to install at least 100 gigawatts of solar power by 2022 — a goal that solar power giant China only plans on beating by two years. Both countries are confronting energy crises as coal-fired power plants spread debilitating air pollution throughout fast-growing urban centers. The situation is in many ways more acute in India. More than 300 million Indians do not have access to electricity, and by 2017, it is predicted India will outpace China in economic growth.

A recent World Health Organization report found that India has 13 of the 20 most polluted cities in the world with the capital, Delhi, being the most polluted of all. The WHO report found that Delhi had six times the level of airborne particulate matter considered safe, but a recent on-the-ground investigation found that the levels could be up to eight times higher in heavily trafficked corridors.