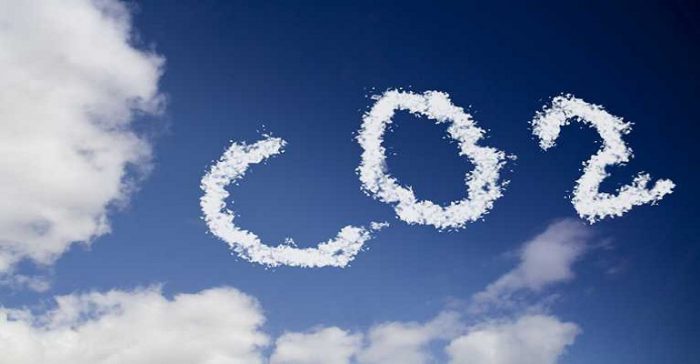 CO2 Utilization: A Look Ahead

Finding ways to convert carbon dioxide from an energy and industrial sector waste product to a useful commodity could spur the development of new technologies, products, and industries while limiting emissions to the atmosphere of climate-altering pollutants. In 2016, U.S. policymakers demonstrated leadership in this area by introducing several bills that would provide commercial deployment incentives for carbon capture use and storage (CCUS) technology.
While CO2 has been safely used for carbon dioxide enhanced oil recovery (CO2-EOR) for over 40 years in the United States, there is an increased focus on identifying options for re-use of CO2 for other purposes. Indeed, in July, Senators Heidi Heitkamp (D-ND) and Sheldon Whitehouse (D-RI) introduced a bill to extend 45Q (the major tax credit for CO2-EOR) that expressly expanded the use of the tax credit to allow it to apply to other forms of CO2 utilization. Recent scientific developments in CO2 re-use are promising but challenges will have to be overcome to achieve additional progress.
Looking forward, the new administration and new Congress will need to consider how best to incentivize continued research, development, and demonstration (RD&D) and commercial-scale deployment of CO2 utilization technology, especially as the U.S. begins to lay the foundation for a strategy of deep decarbonization by mid-century.
CO2-EOR: The Best Re-Use Option . . . Today
Since the 1970s, the U.S. independent oil and gas industry has led the world in CO2-EOR, mostly using natural CO2. Captured CO2 is used commercially in the U.S. to recover more oil from already developed oil fields. That CO2 can be then safely and permanently stored underground in those same oil and gas reservoirs. The U.S. produces 300,000 barrels per day, or nearly 3.5 percent of our annual domestic oil production, through this method. Recent estimates suggest that in the coming years the oil and gas industry could technically produce between 56 – 106 billions of barrels of additional American oil from existing fields using CO2-EOR technology. This would involve the use of 22,270 – 33,050 million metric tons of CO2.
The climate benefits of CO2-EOR are clear. Last fall, the International Energy Agency concluded that for every barrel of oil produced using manmade CO2, there is a net CO2 storage of 0.19 metric tons. This analysis includes the CO2 emissions from use of the oil and the impact of increased demand for oil due to lowered oil prices from the additional supply of oil. In light of the economic and environmental benefits of CO2-EOR, the National Coal Council (a federal advisory committee to the Secretary of Energy) recently released a draft report concluding that CO2-EOR is the “most immediate, highest value opportunity to utilize the greatest volumes of anthropogenic CO2.”