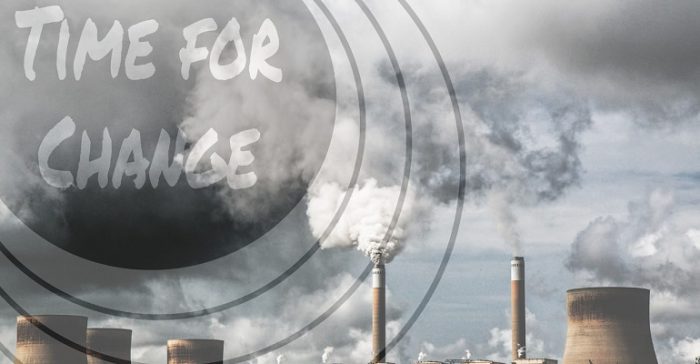 A new study reveals that air pollution is responsible for more than 3 million premature deaths per year, 75% percent of which occur in Asia. The World Health Organization has reported that 6 million people die from polluted air each year, which is more than AIDS and malaria combined. A United Nations study from 2014 states that not only is air pollution on the rise, but it can be held responsible for rising rates of cancer, stroke, and heart disease. These are not pretty numbers.

Daan Roosegaard, an artist and innovator based in the Netherlands’ city of Rotterdam, has taken a small yet effective step toward curbing this growing problem. His new art installation, called the Smog Free Tower, is a 23-foot purifier that effectively sucks smog particles out of the air and compresses the resultant carbon dust into gemstone-type jewelry. The stones were given out in exchange for donations to his KickStarter campaign, which aims to place Smog Free Towers in some of the most polluted areas on the planet. The Rotterdam tower, currently the only one built and running, features 1,400-watt wind-based power that can clean up 30,000 square meters of polluted air per hour.

And he isn’t the only one taking the air pollution problem seriously. Imagine highways lined with billboards that can create breathable air and potable water while promoting your favorite beer. It’s not a fairy tale made in advertising heaven: Researchers from the University of Engineering and Technology of Peru have already created and launched billboards that scrub away smog and return purified air and others that can create up to 26 gallons of potable water per day from nothing but humidity. And these innovations are only a few that show how seriously the world is taking environmental risks and what kind of research is being undertaken to tackle the problem.

Roosegaard is no newcomer to socially conscious art installations. His glow-in-the-dark Smart Highway concept aims to charge electric cars as they ride on it, but for various fiscal reasons (it would cost $1 million per mile to build) it’s not quite construction-ready. The environmental Waterlicht art installation shows with mesmerizing detail how high the water levels on Earth could reach without human intervention. (Hint: It’s really high.)

His KickStarter campaign ended on September 16 as a fully-funded success. The next goal: putting a Smog Free Tower everywhere that needs one. “We are involved in negotiations in Mumbai, Paris and Kazakhstan and in contact with parties in China, Japan, Malaysia, Korea, Vietnam, Pakistan, the Philippines and Sri Lanka,” according to the site.

Is the jewelry proposal-worthy? That depends on the person getting it. Each ring or pair of cufflinks, available with a 250-euro donation to the campaign, features smog particles collected from the cleaning of 1,000 cubic meters of polluted air. They’re efficient, memorable, pretty, and packed with a great story of ingenuity and innovation. Sounds like a match made in environmental heaven.